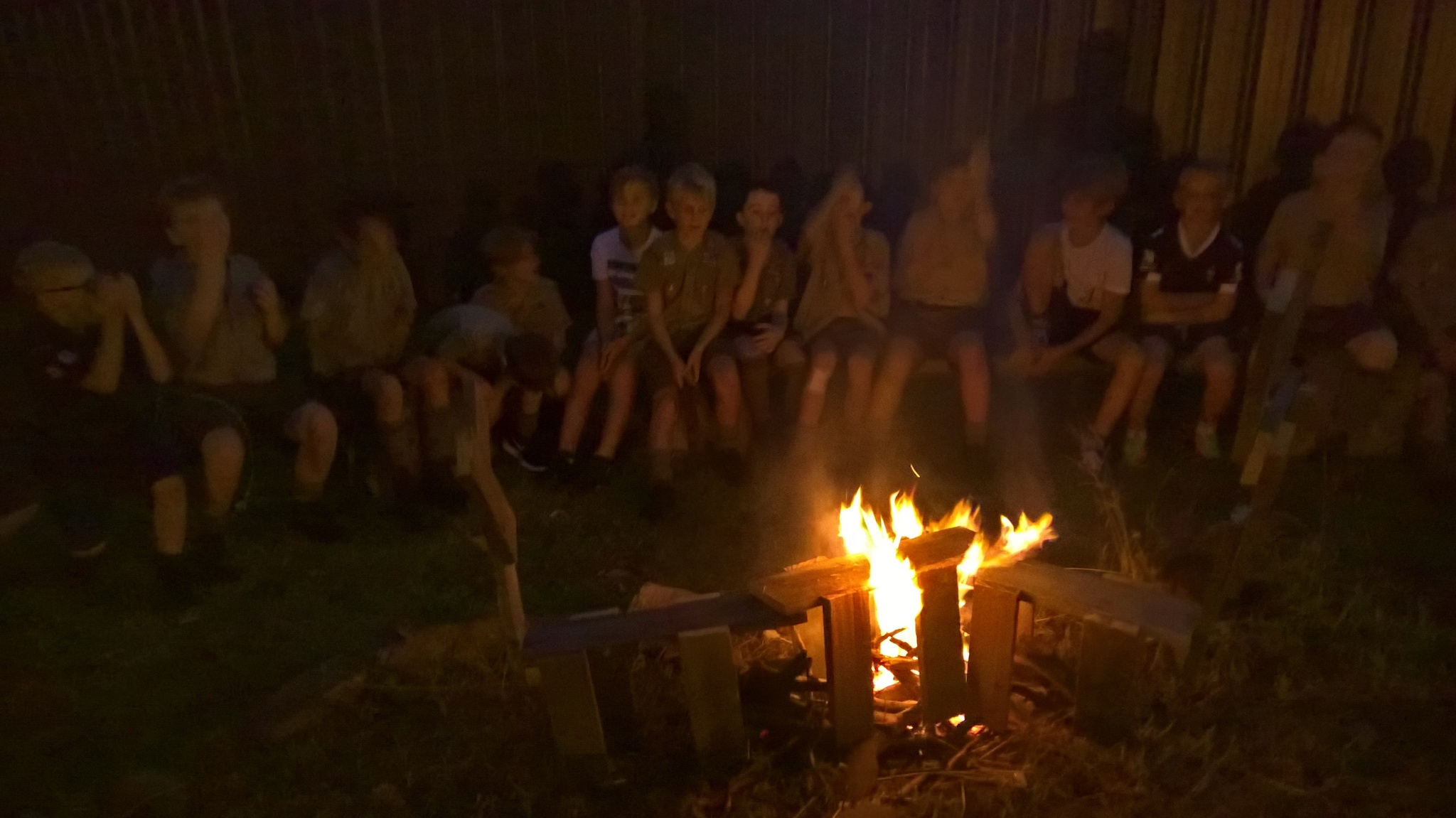 We built a wooden caterpillar a while back at a camp at Glenrock as a side task when (*) building birdhouses. It broke in the trailer on the way home. While we were building camp fires and toasting bread, we took turns to help Chil fix it using the nail gun. The rain drove us inside but there were enough embers to restart one fire to finish off our wooden pest! BJ showed a number of the woodwork projects that he has completed to finish his Handyworker badge. Louie showed the gruesome collection of dead lizards that were found in the boat shed – they looked better than they smelled! 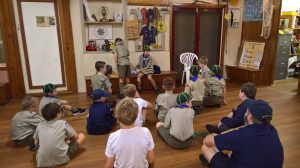 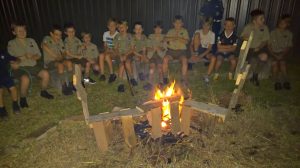 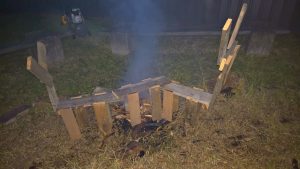 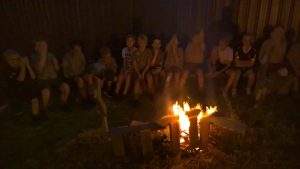 * The birdhouses were made of used fence palings and needed to have the bases nailed on with the nail gun, which was fiddly and too hard for the cubs to line up. The caterpillar was much simpler and allowed the cubs to have a go using the nail gun, rather than just watching it.